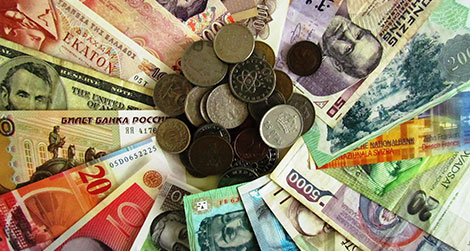 Yesterday Fed chairman Jerome Powell told the House Budget Committee that”we’re in a world of much lower interest rates.” He seemed to shrug his shoulders at the prospect as if to say, Hey that’s what it is and the Fed doesn’t have much power to change that trend.

Today, in the latest version of the Fed’s semi-annual report on threats to financial system stability, the U.S. central bank wasn’t quite as prepared to shrug off the problems created by extended low interest rates. “If interest rates were to remain low for a prolonged period, the profitability of banks, insurers, and other financial intermediaries could come under stress and spur reach-for-yield behavior, thereby increasing the vulnerability of the financial sector to subsequent shocks,” the report said.

In other words low interest rates could lead U.S. banks to throw prudent credit requirements out the window in a search for higher yields. And that could lead to exactly the kind of credit crisis explored by economist Hyman Minsky in his study of the credit cycle and its inherent tendency to move from credit prudence to excessive credit risk on the way to a credit crisis and what has been dubbed a Minsky Moment that freezes borrowing and lending.

The report took a more relaxed view of record highs in the stock market than it did in its May release. While equity prices remain high relative to corporate earnings, they are consistent with the low level of interest rates, the Fed said.

Whether that’s an accurate view of stocks or part of what seems to be one of those typical Wall Street shifts arguing that stock prices are reasonable given that the bond market is in a potential bubble remains to be seen.

The report did express an increase in anxiety over the deterioration in liquidity in U.S. Treasury and equity futures markets. Liquidity in the stock futures market has become “more fragile over time,” the report said. “It tends to disappear when it is needed the most, when asset price volatility is high.” Dealers surveyed by the Fed agreed that liquidity in stock futures had become more fragile since January 2018. Intermediaries were showing a decreased willingness to step into the market when it became more volatile, the report explained.