Today it’s all trade war news all the time 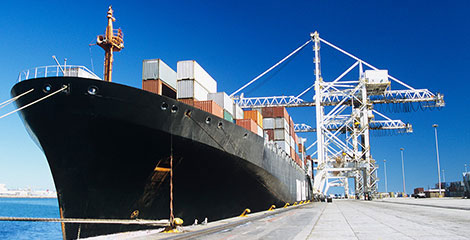 Sometimes it’s better to just weigh the news rather than try to analyze it.

And that certainly seems to fit today’s market action.

Even though the major U.S. indexes managed slight gains as of the close today–the Standard & Poor’s 500, for example, was ahead 0.21% and the Dow Jones Industrial Average edged higher by 0.17%–the market was on edge over fear that growth might be slipping in the global economy. Best indicator of that fear, I think, was the big drop today in oil with U.S. benchmark West Texas Intermediate plunging 3.84% to $56.55 a barrel and international benchmark Brent crude dropping 4.19% to $66.54 a barrel.

Trade stories with a negative cast today include news that China was putting purchase of U.S. soybeans on hold. At stake is the purchase of an additional 10 million tons of soybeans that China had promised to buy as a good will gesture when it looked like the United States and China might be on the verge of settling their trade war. China continued to flourish the “rare earths card” with speculation that China would restrict exports of these minerals critical to high technology products such as electric cars. China controls 70%-80% of global production of rare earth minerals.

Across the Atlantic rather than the Pacific, talks designed to reduce tariffs on industrial goods–especially cars and car parts–are stalled. European officials are stepping up their criticism of U.S. negotiators  “I don’t think the U.S. is ready to start on the tariff negotiations,” Cecilia Malmstrom, the EU’s trade commissioner, told reporters in Paris earlier this month. President Donald Trump has threatened to impose 25% tariffs on European auto exports to the United States.

And finally, the battle of insults between President Trump and Representative Nancy Pelosi, Democratic leader and Speaker of the House, has spilled over to cloud prospects for any action on the Trump administration’s signature trade pact, the USMCA trade agreement. The administration is apparently contemplating submitting a Statement of Administrative Action that would push forward the calendar for consultations between the White House and Congress to finalize the bill before a vote can take place. Democrats are deeply divided on the substance of the agreement that the Trump administration negotiated to replace the NAFTA trade agreement. Among those concerns, a desire to see enforcement mechanisms in the agreement that cover promises by Mexico to improve labor standards in that country. It’s unlikely that the bill can move forward unless Speaker Pelosi pushes for it and right now there’s no compelling reason that she should work to hand Trump a key legislative victory.

Tune in tomorrow for more fun and games with trade.