50 Best Stocks in the World

Stocks that Pay You

Tuesday morning’s report of CPI inflation for August is likely to drive stocks higher. But not change the Federal Reserve’s mind about increasing interest rates.

END_OF_DOCUMENT_TOKEN_TO_BE_REPLACED

Signs of the Next Bear Market Rally Story Yesterday–Will It Take Root?

One of the oddest things about yesterday’s reaction to news from the Federal Reserve of a 75 basis point increase in interest rates was that the market initially rallied. Yesterday, September 21, from 3801 at 10:25 a.m.New York time, the Standard & Poor’s 500 moved up to 3895 at 2:40 p.m. right after the Fed released its news. And, then, markets began a retreat with the S&P 500 closing down 1.71% on the day. It’s almost like the markets constructed one story–relatively positive–in the immediate aftermath of the news. And, then, upon further consideration, built a different much less positive story to the close of the day. Make that “exactly” instead of “almost like.”

END_OF_DOCUMENT_TOKEN_TO_BE_REPLACED

Today’s Quick Pick: JO (NYSEARCA: JO) otherwise known as Barclays iPath Bloomberg Coffee Subindex Total Return ETN Series B. As I’ve shown you in the video, I’m growing my own coffee plant to head off the coffee shortages we’re seeing now (first beans projected in 2028; enough for a cup? 2032), and will likely continue to see long-term. Brazil is the world’s largest producer of coffee but its inventory is projected to drop to about 7 million bags by March, (well below the comfort level of about 9-12 million bags.) A long-lasting drought is to blame for the shortages–and that dicey weather is likely to be with us for quite a while. Meanwhile, global coffee consumption is going up by 1.5% projected this year (2% last year). While JO is volatile since it trades on the commodity price, what interests me about it at the moment is that it’s NOT correlated to anything else like interest rates or inflation (though it definitely contributes to inflation as coffee drinkers well know.) This ETN will continue to go up, even if the market goes down. (JO is a member of my Volatility Portfolio on my subscription JubakAM.com site.)

END_OF_DOCUMENT_TOKEN_TO_BE_REPLACED 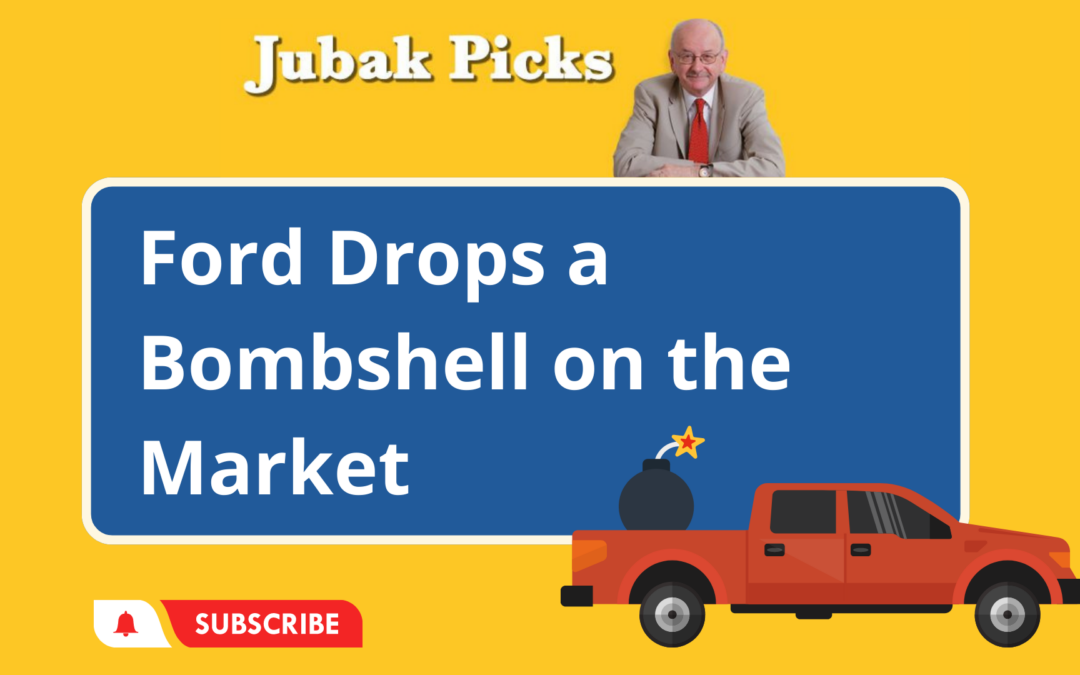 Please Watch My New YouTube Video: Ford Drops a Bombshell on the Market

My one-hundred-and-seventy-eighth YouTube video: “Ford Drops a Bombshell on the Market” went up today. Ford (NYSE: F) came out on Monday with a pre-announcement on third-quarter earnings that was pretty grim – not just for them, but for the market and global economy as a whole. Instead of Ford’s expected $3 billion in operating profits for the third quarter, the pre-announcement stated it will actually be closer to $1.4 -1.7 billion. This of course caused the stock to plunge by 9.18% by 11 am the following day. The reason the earnings were so disappointing is a continuing supply chain problem that has left them with 40,000-50,000 “uncompleted cars” awaiting computer chips. This is why I think it represents a larger problem within the global economy: supply chain issues and inflationary costs cutting into profit margins.

END_OF_DOCUMENT_TOKEN_TO_BE_REPLACED

At today’s meeting of the Federal Open Market Committee, the U.S. central bank raised interest rates by 75 basis points for a third straight meeting. That took the Fed’s short-term benchmark rate to a range of 3% to 3.25%. This move was widely expected with the CME FedWatch Tool giving odds of 84% yesterday on a 75 basis point increase. What the market hadn’t expected was how negative the Fed’s projections in its Dot Plot would be. To sum up: Higher interest rates (with more rate increases) for longer. And very low economic growth but no recession.

END_OF_DOCUMENT_TOKEN_TO_BE_REPLACED 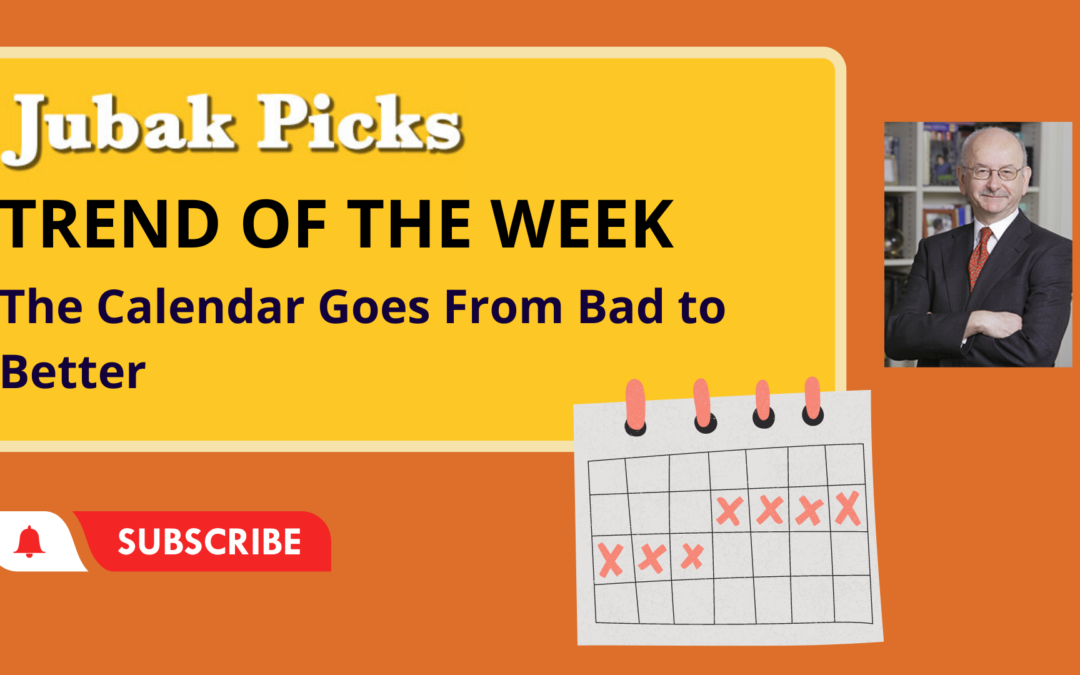 Please Watch My New YouTube Video: Trend of the Week Seasonal Patterns–Looking past the worst months for stocks to better months to end the year

My one-hundred-and-seventy-seventh YouTube video: “Trend of the Week Seasonal Patterns” went up today. For today’s Trend of the Week, we’re looking at the calendar and yearly stock patterns. September is notoriously the worst-performing month of the year for the S&P since the 1950s. October is a scary month because of s history of crashes and one-day plunges during the month. That history does leave investors spooked. But! Starting around November, we get the January effect, where small-cap stocks tend to go up, and tech stocks get a lift from sales during the third and fourth quarters. You can also look for positive earnings news at about this time of year. around this time–though this year’s retail outlook is not great. Overall, things may start getting better as the seasons start to change.

END_OF_DOCUMENT_TOKEN_TO_BE_REPLACED

Wednesday, September 14, President Joe Biden used a visit to the Detroit Auto Show to announce the release of the first $900 million in funding for the buildout of a national network of charging stations for electric vehicles. The funding, part of $7.5 billion in the Infrastructure bill to build out a network of 500,000 charging stations, would go to 35 stations to build charging networks along 53,000 miles of highways. Today, the sector is moving up rapidly with ChargePoint up 8.60% and EVgo up 12.16% as of 2:30 p.m. New York time.