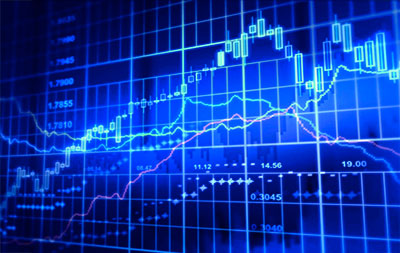 The announcement of a deal between Sociedad Química y Minera de Chile (SQM) and Chile’s development agency CORFO that resolves a long-standing dispute on royalty rates and that would allow SQM to expand lithium production from the brines at government-owned Salar de Atacama in Chile’s Atacama Desert has roiled the entire lithium sector.  The deal is a BIG DEAL because it raises SQM’s annual lithium production quota to as much as 216,000 metric tons though 2025. That’s way more than the 50,000 metric tons that SQM now produces and much more than the 100,000 metric tons of production that financial markets had modeled. Even through demand for lithium is growing rapidly with growth of electric cars and other products that use rechargeable lithium batteries, this surge in production will put downward pressure on lithium prices, the market fears. And since the Salar de Atacama is one of the lowest cost sources of lithium, the deal will be especially tough on the newest generation of lithium producers who get their lithium from higher cost mining operations. (The new royalty is in line with that paid by Albemarle for its access to Chile’s lithium brines.)

Lithium stocks first sold off on Tuesday after Reuters announced over the weekend that a deal was likely. (U.S. markets had been closed Monday.) Then rebounded on Wednesday before resuming the sell off Thursday and today. As of 2 p.m. New York time today SQM is down 3.46%; Albemarle (ALB) is off 1.07%,and FMC (FMC) has slipped 0.2% among the sector’s biggest producers. Some smaller producers have been hit harder with Galaxy Resources Limited (GALXF) down 5.96% and Nemaska (NMKEF) down 1.36%. Lithium America (LACDF) has bucked the trend, climbing 6.2%.

I think it’s possible that it will take a few more days before the market fully absorbs this news. In the longer run, though, the story remains the soaring demand for lithium. Companies that produce from the high-lithium content brines of Chile will benefit from lower costs, even after the additional production added by SQM. The biggest long-term impact will be on the newest generation of producers and mines run by the bigger producers with higher production costs.

SQM is a member of my long-term 50 Stocks Portfolio and Albemarle is a member of my Jubak Picks Portfolio. I’d be looking to add to those positions on short-term weakness. SQM looks especially attractive here since the company will be able to massively increase production if it decides to make the capital investments demanded in its agreement with CORFO.

Full disclosure: I own shares of SQM in my personal portfolios.