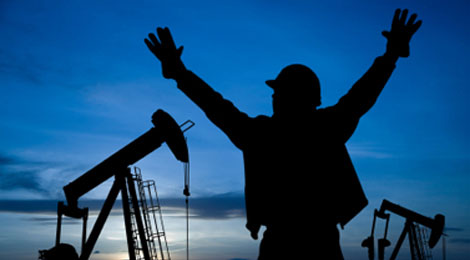 I’ve been arguing recently that you need to own a piece of the Permian Basin in your portfolio. On February 10 https://jubakpicks.com/my-first-picks-for-buying-a-piece-of-the-permian/ I even gave you my first two picks, producers Pioneer Natural Resources (PXD) and Daimondback Energy (FANG)

But the sell off in the oil sector over the last couple of days makes this a good time to move on to another set of picks, shares of those companies that supply the “shovels,” in this case the drilling rigs–that make the boom in the Permian Basin possible. Way, way back to the Gold Rush in California and the Gold Rush in Alaska–and before–the people who made the most reliable money in commodity booms weren’t the prospectors who took all the risk but the folks who sold them the shovels, the food, the mining pans and more that made looking for gold possible. Levi Strauss founded the company that still bears his name in 1853 right after the California Gold rush and secured a patent for his blue jeans in 1873 in plenty of time for the Alaska Gold Rush. (If you need a refresher on the dangers of prospecting, I’d recommend Chaplin’s The Gold Rush. I’m a Keaton guy, not a Chaplin fan, but I still think Chaplin’s “Oceana Roll” dance with two dinner rolls is one of the great bits of comedic grace of all time.)

Here’s the picture for oil rigs. Thanks largely to increased drilling in the Permian (but with the contribution of more drilling in other oil shale geologies) the count for working U.S. rigs rose to 609 for the week ended on March 3, according to Baker Hughes (BHI). That’s still way below the high of 1609 working rigs in October 2014, but it’s a huge move off the six-year low in May 2016 of 316 working rigs. Investment house Raymond James projects that the number of working rigs in the United States could hit 1,000 by the end of 2018.

Sounds like great days for the companies that own and lease out drilling rigs, right? Certainly the market thinks so. The shares of rig companies Nabor Industries (NBR), Patterson-UTI Energy (PTEN), and Helmerich & Payne (HP) are up 63%, 43%, and 12%, respectively, for the last 12 months as of the close on March 9.

Why the losses in 2017 when most analysts are projecting a big surge in the number of rigs working in the United States? Part of the answer is that the current number of idle rigs is so huge. Morningstar estimates that even for the most desirable high power rigs with multi-pad capacity utilization in recent quarters has been only about 34% of available rigs. With so many idle rigs competing for work day rates are still falling–every time a rig comes off a long-term contract and goes into the spot market, the amount that rig earns per day is lower. In 2014 at the peak for U.S. land-based rig count the margin for a rig on contract was about $15,000 at Helmerich & Payne, for example. That margin had tumbled to about $10,000 in early 2017. Morningstar expects margins at Helmerich & Payne to recover to $12,500 by 2020.

Another reason for the slow recovery is that the companies that hire land rigs from companies such as Nabors, Patterson-UTI, and Helmerich & Payne for work in U.S. oil shale basins such as the Permian have worked hard–and are still working hard–to reduce costs. Some of those cost reductions are simply the result of tough negotiations at a time when rig owners are at a serious disadvantage due to overcapacity and low utilization rates. But some of those cost reductions are structural. Producers have found ways to reduce the lost time between ending drilling on one hole and beginning drilling the next, for example. And the higher power Tier 1 rigs that command higher day rates from producers do so, in part, because they can use that extra power to complete a hole more quickly. Most rig owners manufacture their own rigs but they source many of their components from outside companies, which has worked to limit the cost savings that rig owners can produce in their own manufacturing process.

And finally, while oil shale producers look like they are recklessly expanding production, the evidence from the slowing pace of rig count growth lately argues that these companies are very aware of the possibility that higher U.S. oil production could cause a big dip in oil prices again. It’s all too easy to find an oil analyst predicting improved prices in 2017–Morningstar is calling for $58 a barrel–and then forecasting a drop back to somewhere below $50 a barrel in 2018. With those worries and the experience of the bust in the sector after the 2014 peak, it’s unlikely that rig count will climb back to anything near the 1600 rigs working at the peak in October 2014. A move from the current 609 to the Raymond James forecast of 1,000 by the end of 2018 may be about as aggressive as producers will get.

So while I’d like to participate in that run up from 600 to 1,000–and would love exposure to the possibility that the rig count will zoom higher and faster than I now expect, I’d also like to get paid while I wait–especially if the wait turns out to be longer than expected. I prefer Helmerich & Payne to Nabors Industries anyway since Nabors has substantial exposure to international drilling markets in Saudi Arabia, for example, and I’m looking to concentrate on U.S. oil shale production in general and the Permian Basin in particular. And I prefer Helmrich & Payne to Paterson-UTI because the former company is gaining market share faster (22% of land horizontal rig revenue from 14% at Helmerich & Payne as opposed to a gain in market share at Patterson to 17% from 16%.)

But the clincher is the 4.1% dividend yield at Helmerich & Payne against the 1.81% yield at Nabors and the 0.32% yield at Patterson-UTI. I always like getting paid to wait–and I especially like dividends that take some of the downside risk out of volatile situations.